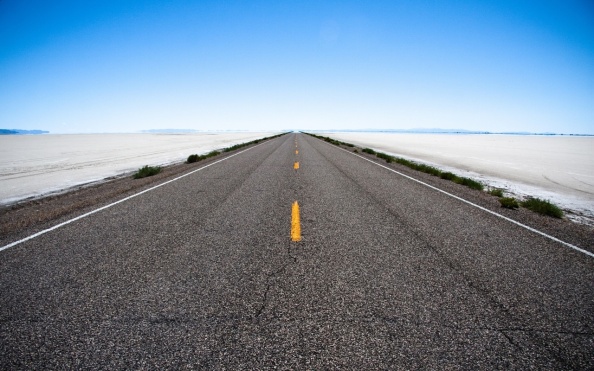 Here’s an interesting nugget in a comment, addressed to me, from the post on John W. Smart’s blog that I was discussing yesterday:

…Hillary lost because of documented, widespread caucus fraud, bribing of superdelegates, and the theft of her delegates on national TV (which I and many others watched live). She won the primaries, but they pulled him an inch over the finish line through the cheating. So our disgruntlement is about far more than Hillary. For many (most?) of us, the democrats were “the good guys”. What you obamabots did was to awaken us from our stupor, you allowed us to see how corrupt the obamacrat party really is. So for many of us our whole political philosophies have changed. We no longer trust the dems more than we trust the republicans, and we know now that there are a HELL of a lot of stupid and mob-like people out there who don’t have a CLUE what real democracy means. To them, it’s win at any cost. So your obot tactics burned a LOT of bridges. It may have been just one more day of cheating for you guys, but it was a life changing tsunami for everyone else. Many have changed to independent, some are still registered as Democrat but no longer consider themselves as such. So any numbers you think you have – you DON’T.

I’m not going to answer this person on Smart’s blog as I know my presence there this morning would be counterproductive to the purposes of dialog. He or she said some other things that are unhelpfully provocative boilerplate from the primary wars of 2008, and as everything that could possibly be said in those wars has already been said a thousand times over, there’s really nothing more anyone can add to it that isn’t also boilerplate or counterproductive to reasonable discussion. I’m really, really not interested in the “Who’s better/more progressive/more electable/ more presidential: Hillary or Barack?” debate. From my perspective, this is irrelevant to present realities, no matter how endlessly fascinating the question may be for some. It honestly never was a useful discussion for any leftist, ever, even while it was was relevant.

But it is eye-opening to experience the violence of feeling ready to erupt among the Clinton refugees and, I tip my hat to them, sincerely: it does make me realize that I, like probably every former Obama supporter, no matter how hot or cold they were for their choice, had blinders on during those primaries.

Some Hillary people are wrong to the point of pathological about the nature of those blinders. If you read this person’s comment you should be able to see what I mean in the first paragraph. I don’t want to “go there” here, but I will say that speculating on the appeal of something or someone for another person and mistaking that speculation for “truth” or “psychological insight” is always a frivolous luxury that is utterly devoid of nutritional value at best and,  at worst, self-poisoning.

But that doesn’t cancel out the fact that Obama supporters were blind, specifically to the travesties of primary political tactics the Obama team allegedly played, which the commenter alluded to in the snippet above. We were blind to them, many of us, because we did not care about the process, only about the end of it. Did the Democrats rig the primaries for Team Obama? I don’t know, but I’m inclined to believe, given what I know of the thoroughly corrupt electoral system, that they certainly could have. That is the way politics is played in the US of A. If the rules won’t elect your guy or girl, brute force will always do the trick, and campaign operatives are always devising ever cleverer ways of smashing the rules for victory’s sake. I usually hate to hear commentators dropping the brainless “both parties are guilty” line, but in this case, it’s absolutely true. Republicans happen to be more psychopathic about it, but Democrats clearly have noticed that in the American electoral system, psychopathy is solid strategy.

What is really clear to me now after my experience of yesterday is that Hillary Clinton supporters like my new friends are probably a bellwether for “the Democrats'” chances in 2012. (Why this crowd is resistant or downright hostile to OWS is a bit of a mystery that  is useful to think about, and I intend to think about it more. Is it, perhaps, that they’re too close to the middle of the road to make out much beyond the yellow lines?)  My friend is exaggerating and plain wrong when she (I’ll assume) says that the primaries caused “a tsunami” of change among “everyone else,” by which she presumably means non-Democrats as well. The fact is, only die-hard Clinton supporters were changed by what they witnessed in primary season. Clinton die-hards should make peace with that fact. And they should test to see what their own blinders prevent them from seeing.  But, frankly, they should be proud of being in the avant gard of the clued-in.

3 thoughts on “Middle of the Road Rage”