Once again, forward-thinking journalist Naomi Klein is steps ahead of the pack. In an interview with Klein on his Dot.Earth blog, the New York Times’s Andrew Revkin summarizes the conclusion Klein reached in a recent Nation article while attending the libertarian Heartland Conference of climate change deniers in Washington last summer: “[P]assionate corporate and conservative foes of curbs on greenhouse gases are right in asserting that a meaningful response to global warming would be a fatal blow to free markets and capitalism.”  Here’s a taste of the interview:

There is no question that robust public infrastructure is key to both reducing emissions and preparing for the heavy weather that we cannot avoid. Yet for the right-wing think tanks that sponsor the Heartland conferences (not to mention the modern-day Republican party), this is ideological heresy. Their whole reason for being is to shrink the public sphere in the name of low taxes and the benefits of privatization. What I’m arguing is that the idea that we can win the climate fight without engaging in ideological battle over these core questions about the role of government has always been a fantasy. Trying to dodge this fight is a big part of why we lose, and we need to get over it. It’s no coincidence that the countries with the most enlightened climate policies are also, overwhelmingly, the most social democratic.

And by the way, it’s not just that most of the big green groups avoid the growth question (with notable exceptions, as you point out). It’s that the solutions that groups like EDF (Environmental Defense Fund) have pushed are very often consumption based: buy these light bulbs, drive a hybrid, etc… And often these changes make sense. But the not-so subtle impact of putting so much emphasis on individual shopping habits has been to reinforce both consumerism and individualism. Tom Crompton and Tim Kasser have written some wonderful stuff on this. In this report, for example, Crompton argues that environmentalists need to do more to challenge the individualistic worldview in their campaign work.

This is particularly salient in light of the social science I reference in my article, particularly the research coming out of Yale’s Cultural Cognition Project, which has found that the major determinant of whether a person rejects the scientific consensus on climate change is whether they have a strongly “hierarchical” or “individualistic” worldview. One set of stats that didn’t make it into my piece: 78 per cent of subjects who display an “egalitarian” and “communitarian” worldview believe that most scientists agree climate change is happening (which is true) – compared with only 19 per cent of those with a “hierarchical” and “individualist” worldview.

For me, it follows from this that part of being an effective environmentalist is trying to win more people over to a worldview in line with the laws of physics and chemistry, rather than offering shopping advice and touting “market-based solutions.” Put another way: if we know that aggressive regulation and rebuilding the public sphere through collective action are integral to meeting this challenge, then we have a responsibility to say so, and to defend the worldview behind those policies.

I’ll return to this idea of the urgent need to change the manner and tone of the discussion when I return to my history of the fracturing Democratic grassroots  (read the first and second parts here)  in upcoming posts.

On insurance companies covering everything, that’s one of the choices an insurance consumer has at the moment of purchase. But once you concede your own freedom to set up the guys with guns (government) to decide how much of YOUR money to take for their health care provision, especially a government that has shown themselves so astronomically inept that federal cabinet-level departments have had repeated cases of moneys missing to the tune of even $12 billion for the Dept of Education.

The most notorious moment in the Republican presidential debate the other night revealed something about Ron Paul the “liberty” candidate’s idea of what freedom actually means to him. Clearly some vociferous audience members, presumably members of the Tea Party, think they define it similarly, but I don’t think all Americans do or would. END_OF_DOCUMENT_TOKEN_TO_BE_REPLACED

I want to spend a little more time on the notion in Paul’s third principle that “justly acquired property” is “privately owned,” which implies that government (or public) property can only be unjustly acquired. I suspect the primary libertarian principle at work here is “taxation is theft,” a right-wing perversion (or theft, if you will) of Proudhon’s original libertarian socialist principle that “property is theft.”

It seems to me a bit sneaky of Paul not to put his cards flat on the table and admit that that is precisely his meaning here, if that is his meaning. Of course it would open him wide up to the charge of  supreme hypocrisy for having accepted hundreds of thousands of dollars over the years of  “unjustly acquired” income as a representative to the Congress from his district in Texas. END_OF_DOCUMENT_TOKEN_TO_BE_REPLACED

Jan C, a self-described “prioritarian” and “voluntaryist” (new terms on me, I confess) who inspired the previous post, opened another can of worms in his comments that I’d like to look into more deeply. He was responding to this assertion of mine:

So if you don’t use ‘your’ hammer, I can pick up and walk away with it?

I really don’t understand you people. If you’ve worked your ass of and got something for it in return (money, or goods), than you simply own it, and that means you can do with it whatever you like (either use it, trade it, give it away or destroy it). How can anybody not agree with that?

I do see that there are grey area’s. What constitutes property is not always clear-cut in every case. But I find ‘fruits of labour’ a much better rule of thumb than ‘use’. END_OF_DOCUMENT_TOKEN_TO_BE_REPLACED 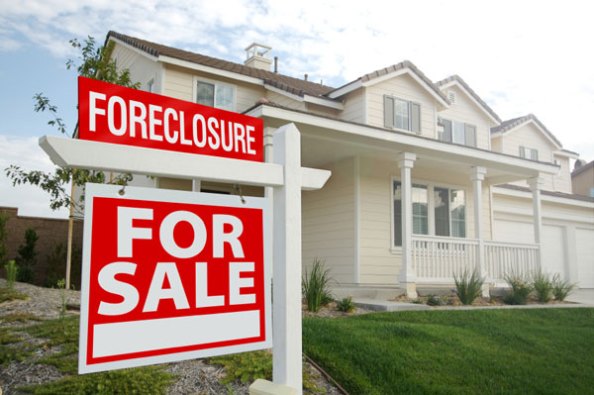 An American's sacred right to property being profaned.

Continuing from my last post, here reproduced are excerpts from the Usenet debates I had in the summer and fall of 2002, mostly, with self-described “anarcho”-capitalists. The original argument concerned “rights” and “freedom,” but it quickly led, as most debates with “anarchos” go, to the question of property. As I mentioned yesterday, these issues, I believe, lie at the very heart of the debates going on presently over the debt-ceiling (actually over revenues vs. spending) in Congress and the media. But you won’t hear our pundits or politicians for the most part bring it down to the very ground it all springs from. END_OF_DOCUMENT_TOKEN_TO_BE_REPLACED