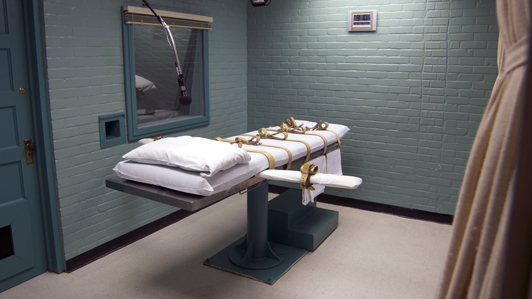 Immanuel Kant: “If an offender has committed murder, he must die. In this case, no possible substitute can satisfy justice. For there is no parallel between death and even the most miserable life, so that there is no equality of crime and retribution unless the perpetrator is judicially put to death.”.

“A society that is not willing to demand a life of somebody who has taken somebody else’s life is simply immoral.”

Cited by Dudley Sharp in comments on a previous post

Continuing a conversation begun here and taken up by commenter Dudley Sharp (for whose contribution I’m grateful), I want to turn to Sharp’s “MORAL FOUNDATIONS OF THE DEATH PENALTY, Part I) (See the comment linked to above–and I hope Sharp will share Part II or more). I probably won’t spend much time addressing the religious arguments–or I may come back to them later. I will just say that I don’t believe any human is capable of speaking for the alleged ultimate authority on morality, which many name “God.” I think it’s more fruitful to assume that justice on earth is more of a political or social problem than a cosmic one. So let me focus on Sharp’s “foundations” that jibe with that view, such as the argument from “Kant” above for starters.

First: Why do I put quotes around “Kant?” I am not a philosopher by training, but I have struggled a little with Kant’s Critique of Pure Reason and discussions of his Ethics, and I know he was not a terribly transparent writer–certainly not in English translation from the German, anyway. The attribution above struck me as uncharacteristically simplistic for Kant, so I Googled it  to see if I could find its source. Lo and behold, I found that the same quote, verbatim in English, shows up on dozens of Websites, many with the other quotes Sharp shared in the comments (mainly because Sharp himself seems to have been the source of the quotes!).  None of those instances seems to have a proper citation for the quote. Is it possibly from Metaphysics of Morals? Is it from a letter to a correspondent? It would be helpful to know.  So until I find the proper source of the quote or obtain a proper citation from someone else, I’ll keep “Kant” in quotes.

But let’s turn to the argument the quote contains, because it is an argument no matter who made it:  that justice involves “equality of crime and retribution,” in other words, that the “just” price for being found guilty of murder is loss of one’s life.

This may be so, but before we have the luxury of considering that, I think we need to ask what the case of someone like Damien Echols of the West Memphis Three, whose prison memoir inspired this discussion, implies for this argument. Echols, you’ll recall, was released from Death Row last year when the state of Arkansas, under pressure from justice advocates, realized the case against him and his co-convicts would probably not stand up to a retrial. But what if the state had pressed ahead, won its case under circumstances as flawed as those of the first trial, then ultimately received the blessings of legitimacy from the Supreme Court of the land and done away with Echols as planned (and as capital punishment proponents would presumably have supported)? Would justice have been served? Echols claims that at least two other innocents were put to death by the state (and one remains waiting) during his time on Death Row. Is this justice? Is it moral?

Does it not trouble Dudley Sharp and other death penalty defenders that even one innocent person winds up paying for the crimes of the guilty who go free? Would the author of the quote above also argue the following?:

“A society that is not willing to demand a life of somebody who is innocent of taking somebody else’s life, but whom the state mistakenly but ‘in good faith’ finds guilty, is simply immoral.”

I think this “wrong man” glitch is a severe problem for Sharp and his side of the debate–certainly for “Kant”‘s argument above, at any rate. Echols is living proof (thankfully–and luckily) that the system in place for dealing justice on behalf of murder victims is severely flawed (to say the least!). Do we treat individual lives and liberty so lightly that we can tolerate having innocents killed or caged by the state in our name? Isn’t the reason we have a death penalty that we consider the taking of an individual life a very serious matter?  How would “Kant” calculate the “equality of crime and retribution” if the wrong person is injudiciously put to death while the actual killer goes free?  Who should pay for the state’s murder of an innocent, and how should they pay?

The real Kant, I think, would argue that the state should be absolved of past bad judgment, for the sake of Rechsstaat. But I don’t know if he would condone a state’s persistently bad judgment in death penalty cases. Whoever “Kant” is, he makes the obviously false argument that a crime can and should be paid back only by extracting  something of equal value from the perpetrator: an eye for an eye, presumably. We haven’t practiced much justice on that base level of “equality of crime and retribution” since the Enlightenment, thank goodness. Only in death penalty cases do we insist on that faulty standard.

I’m sure I’ll have more to say on these “foundations.” In the meantime, I welcome any reader’s thoughts about all this in the comment section below.

11 thoughts on “On Moral Arguments for the Death Penalty: “Kant” and Retribution”