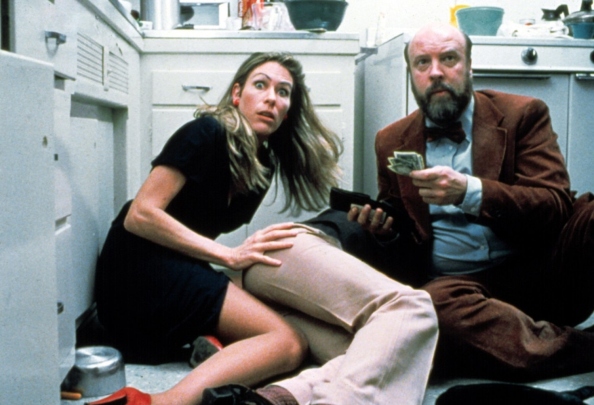 I watched a couple of movies in quick succession this weekend, and when I was through with the second, I realized they had a lot more in common than I was aware of when I chose them pretty much at random from a pile of DVDs I borrowed from the library. For starters, they’re both Criterion releases: Paul Bartel‘s 1982 Eating Raoul and Samuel Fuller‘s 1964 The Naked Kiss. Though the former is a sophisticated (albeit at times purposely ludicrous) black comedy and the latter on the surface a lurid exploitation picture, the two also share several central themes: innocence vs. experience, sexual kinkiness and moral hypocrisy, the commodification of the body and desire, violence as a means to an end, the failures of capitalism and more. They would make an excellent double bill for a film class or art house cinema, or just a lively evening with friends. END_OF_DOCUMENT_TOKEN_TO_BE_REPLACED