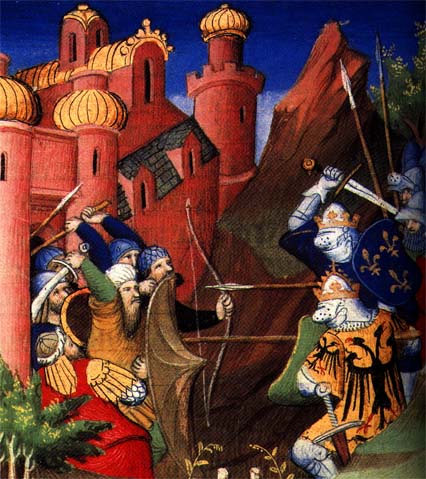 [M]y simple question is: Does Islam at this moment constitute a greater threat compared to other religion for peace. This question was brought up by Harris in his lengthy response on his blog. The key question being, should we consider Islam a greater threat to peace than Jainism, a religion that strictly adheres to non-violence?This question set be back because initially I was agreeing with Greenwald. But Jainism, although still a religion that believes in supernatural deity, has a lot less that I criticize than Islam, Christianity or Zionism?

So, if we were equally critical of all these religions, are we not saying we consider each of these religions equally detrimental to the state of society that we want to change.

This is what Harris wrote on his blog, the passage adpr is referring to (emphasis in the original):

My criticism of faith-based religion focuses on what I consider to be bad ideas, held for bad reasons, leading to bad behavior. Because I am concerned about the logical and behavioral consequences of specific beliefs, I do not treat all religions the same. Not all religious doctrines are mistaken to the same degree, intellectually or ethically, and it would be dishonest and ultimately dangerous to pretend otherwise. People in every tradition can be seen making the same errors, of course—e.g. relying on faith instead of evidence in matters of great personal and public concern—but the doctrines and authorities in which they place their faith run the gamut from the quaint to the psychopathic. For instance, a dogmatic belief in the spiritual and ethical necessity of complete nonviolence lies at the very core of Jainism, whereas an equally dogmatic commitment to using violence to defend one’s faith, both from within and without, is similarly central to the doctrine of Islam. These beliefs, though held for identical reasons (faith) and in varying degrees by individual practitioners of these religions, could not be more different. And this difference has consequences in the real world. (Let that be the first barrier to entry into this conversation: If you will not concede this point, you will not understand anything I say about Islam. Unfortunately, many of my most voluble critics cannot clear this bar—and no amount of quotation from the Koran, the hadith, the ravings of modern Islamists, or from the plaints of their victims, makes a bit of difference.)

If you’re interested, you can read a sort of Muslim rebuttal to Harris here. [On edit: If you follow this link you may or may not be shocked by the Truther headline, which I don’t endorse. However you react to that, the thrust of the discussion below this is on the question of the Quran’s edicts on the murder of a non-Muslim. You and Sam Harris might also be shocked by what the author of this page has to say on that subject, but it won’t be the cheap sort of shock you get with a gratuitous anti-Muslim slur from Ann Coulter.]

Rather than reinvent the wheel, I’m going to try to explain my own position on this question redacting my responses to adpr’s comments and replies to my comments, following the jump. END_OF_DOCUMENT_TOKEN_TO_BE_REPLACED