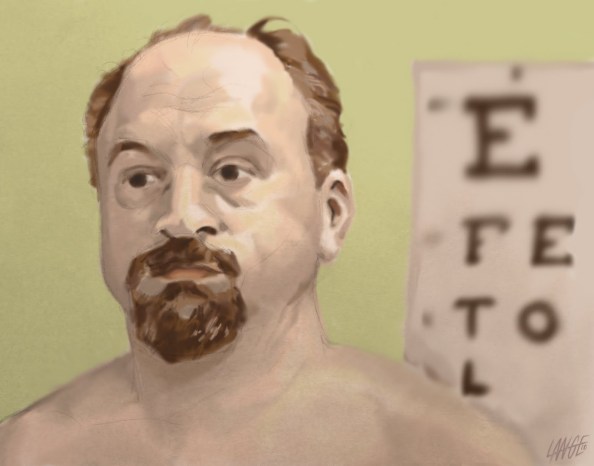 Louis CK, the comedian and star of the FX comedy series Louis (which, I confess, I haven’t gotten around to actually ever seeing), just conducted an amazing, radical experiment in do-it-yourself capitalism that has paid off beautifully for him. On his website yesterday, he wrote:

People of Earth (minus the ones who don’t give a shit about this): it’s been amazing to conduct this experiment with you. The experiment was: if I put out a brand new standup special at a drastically low price ($5) and make it as easy as possible to buy, download and enjoy, free of any restrictions, will everyone just go and steal it? Will they pay for it? And how much money can be made by an individual in this manner?

The show went on sale at noon on Saturday, December 10th. 12 hours later, we had over 50,000 purchases and had earned $250,000, breaking even on the cost of production and website. As of Today, we’ve sold over 110,000 copies for a total of over $500,000. Minus some money for PayPal charges etc, I have a profit around $200,000 (after taxes $75.58). This is less than I would have been paid by a large company to simply perform the show and let them sell it to you, but they would have charged you about $20 for the video. They would have given you an encrypted and regionally restricted video of limited value, and they would have owned your private information for their own use. They would have withheld international availability indefinitely. This way, you only paid $5, you can use the video any way you want, and you can watch it in Dublin, whatever the city is in Belgium, or Dubai. I got paid nice, and I still own the video (as do you). You never have to join anything, and you never have to hear from us again.

I really hope people keep buying it a lot, so I can have shitloads of money, but at this point I think we can safely say that the experiment really worked. If anybody stole it, it wasn’t many of you. Pretty much everybody bought it. And so now we all get to know that about people and stuff. I’m really glad I put this out here this way and I’ll certainly do it again. If the trend continues with sales on this video, my goal is that i can reach the point where when I sell anything, be it videos, CDs or tickets to my tours, I’ll do it here and I’ll continue to follow the model of keeping my price as far down as possible, not overmarketing to you, keeping as few people between you and me as possible in the transaction.

Is there any reason why Louis CK should be the only performer able to treat his “intellectual property” this way and be so rewarded for giving fans what they want at prices they can afford in formats that don’t punish them with all the tricks of digital rights management technology? His experiment makes the interesting point that the big fat merchandising machine that has controlled popular access to the arts and entertainment in our lifetime is not necessary. Million-dollar ad campaigns are not necessary.  The involvement of a do-nothing Congress working on behalf of the fat cat A&E moguls is not necessary.

I can’t make the points any better than Louis CK makes them above. The world is better this way for the artist and the audience.