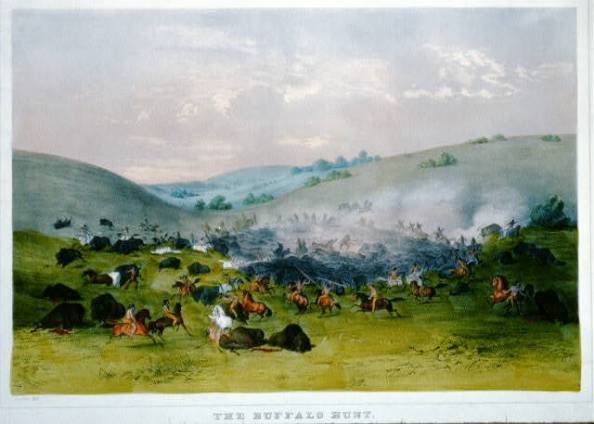 I received an interesting comment from Jan C on the previous post which I’d like to respond to in part here. There’s a lot to unpack in Jan’s comment, so I may take another post to elaborate on the question of “property” vs. “possession” and “use” vs. “usury.” But here I want to address a crucial point Jan made about “the commons” and “the individual.”

Jan was commenting on a further elaboration I made to another commenter of my main idea that “anarcho”-capitalists are not properly termed anarchists:

There’s a difference between “pro-property” libertarians, or any run-of-the-mill libertarian, and the “anarchos.” The anarchos believe–-falsely, I’ve tried to show–-that they are anarchists. They are anti-state, they claim, but anarchism is opposed to any authority, including a) those that serve to legitimize private property, which anarchists fundamentally believe is theft from the commons, and b) those who exploit the labor of others for their own profit. “Anarcho”-capitalists believe in the fundamental legitimacy of property and in the right of an owner of a property to exploit it or profit from it however he or she sees fit. You can’t have “legitimacy” without law or a controlling legal authority, ie, without some form of state. That’s not anarchism.

The ‘commons’ do not exist. Only individuals exist, and only individuals have rights. Property rights that is. The right to own your body and the fruits of your labor. You can obtain property by mixing your labour with previously unowned resources, voluntary trade or gifts. You have the natural right to defend yourself against personal attacks and theft, and you can ask people (either individuals or a protection agency) to help you. That is NOT a state or a government. If it were, than the same thing can be said about someone who tries to defend his possessions. I assume you do protect yourself, your family and your home, right? Therefore, claiming that anarcho-capitalism needs a state and anarchism doesn’t, is nonsense.

I have to say pretty categorically that the commons most definitely exist. Without them, there would be no individuals to speak of. Shall I define my terms? Without going to a dictionary or Wikipedia, I think it should be pretty well understood that by “commons,” I’m referring to all the resources that are not owned by any countries, corporations or individuals. “Resources,” actually, is misleading, because it implies that all this stuff that “belongs” to everybody is present only to be exploited. I’m referring to the air, the wind, the water, the rain, the sky, our language and cultural heritage, to name just a few. I hesitate to say “the land,” because that was the first bit of the commons to be enclosed and divvied up among the acquirers among our species. But think of the Americas before Columbus and you ought to be able to imagine that even the land here (including the species providing food and medicine that lived upon it) was commonly owned at one time.

It’s only because capitalism has come to dominate global relations among humans that we operate under the illusion, really, that there are no commons (although I think most people would disagree with Jan, as I do, and assert the common right to air and water, at least, as well as to the ocean and sky). This enables us to ignore the fact that our property, which we want to believe with all our hearts is legitimately ours, is ours, in fact, only by convention. Most people may have no problem with the truth that underlies this illusion, because most people are comfortable living with the conventions like “law” and “government” and “title” that perpetuate the illusion. These conventions relieve the tensions underlying property, tensions that exist because property that can be exclusively owned cannot help but be distributed unequally and, therefore, unjustly (even if–or especially if, justice is relative and subjective).

“Anarcho”-capitalists like Jan, however, want to believe that these conventions express the underlying reality that everything and anything can–or, rather, must–be owned individually. In fact, Jan’s objection to the idea of the commons is illuminated by his reference to what he calls “previously unowned resources,” as though things are just lying around waiting or even “wanting” to be owned by someone. On this account, the ocean is not what it appears to be–a vast, rolling expanse of salty water encompassing a particular environment of the terrestrial biosphere–but a store of goods whose value is to be determined by the ingenuity of individuals who extract and exploit them and those in the market who wish to own what is made of them. Before these market relations are enacted, on this view, no value exists in any “unowned resources.”

One doesn’t have to be sentimental to intuit something wrong with this picture. In fact, assume the least sentimental stance and picture the world with no humans on it to exploit or own (or enjoy or benefit from) any resources at all, a simple enough task when you realize that for all but the very minutest sliver of natural history, the universe was devoid of humans: billions and billions of years in which all of those uncountable resources lay there, for millions and millions of lifetimes, never once owned by anything or anyone. Or were they? Is Jan right to say that “only individuals exist” and that these beings “own” and “have a right” to their bodies and the fruits of their labors? He doesn’t specify human individuals, after all. Perhaps this notion of ownership and rights is inherent in life at all levels for all time. Imagine a platypus in a pond. It’s an individual with a body. It labors to feed itself and defend itself against predators and competitors for its own prey. Does it own its body? Does it have a right to the fruits of its labors?

I don’t think this is an easy question to answer, for any individual of any species. What does it mean exactly to “own” one’s body. We know what it means to own a book or a watch; that is, we understand the convention from a very early age: A child is given a toy and the toy is “mine,” the child says. Does a child own its body the same way it owns a toy? Isn’t that sort of ownership vastly more intimate than the ownership of any object we can willingly (or unwillingly) give up ownership to at any time? Even if a person chooses to sell his or her body for others to use, assuming they’re still alive after the transaction, they’re not really yielding ownership to the buyer, are they? It remains their body even as it’s being used by someone else for their own distinct purposes. Or does it? For thousands of years, humans traded chattel slaves who did not “legally” own their bodies or anything else. A slave owner had legal right to do anything with the slaves’ body as long as the slave was his and not someone else’s. Did those slaves own their bodies or not?

These may seem like pointless and irrelevant speculations. We are in the enlightened age of global capitalism now, after all. Slavery is, if not entirely eradicated, at least not standard operating procedure. We all now know, or act as if we knew, that we do own our bodies and can do with them as we please. We are free to rent them or any part thereof in the marketplace for a fee, and when the terms are met, they become our own bodies again. So why speak of the red herring of chattel slavery? I maintain that we should consider it, not only because it is still practiced in various forms, but also because of its intimate relat

ionship with the development of human civilization and its economies, which is what we’re really talking about. And when liberty is the subject, slavery must be considered as the subtext. It’s downright dishonest to ignore it.

One of the main difficulties I have with “anarcho”-capitalism (and with libertarianism in general) is what seems to me to be its dishonesty about the social context of human being. Yes, we’re all individuals, but more than that, we are fundamentally social animals, just as our closest relatives, the chimpanzees and bonobos are. Our culture in all its rich complexity is utterly unfathomable without the social context. Individuals have no need for language, but civilizations are unimaginable without it. There’s no need to glorify human sociability: It is undoubtedly what lies behind the most beautiful and awesome expressions of our culture, yes; it’s also undoubtedly what lies behind the ugliest expressions, such as chattel slavery, conquest and colonialism. But it seems to me to be dishonest (or foolish) to dismiss our essential social nature if we pretend to have a design for the ideal future for the species.

5 thoughts on “The Commons and Individual Rights”