Tyler Durden over at Zero Hedge makes a point overlooked by almost everyone who talks about this debt-ceiling limit compared to previous ones (his emphases):

While everyone and their grandmother is foaming at the mouth how both republicans and democrats hiked the debt ceiling for umpteen times over the past x years, the truth is that never before has the ratio of the proposed debt ceiling to the tax receipt ratio been as high as it is now. At nearly 6 times, this means that the top line (forget bottom line) cash inflows into the Treasury are 6 times lower than the current debt ceiling. And following the upcoming $2.5 trillion this number will surge to almost 8 times.

Here’s the graphic evidence he provides: 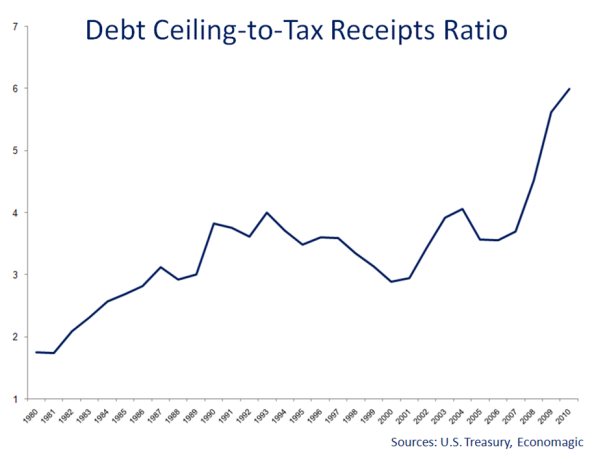 So why, again, are revenue increases off the table?