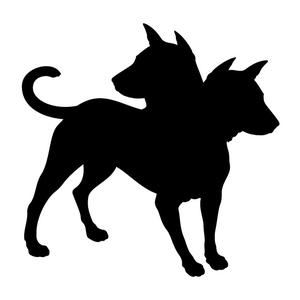 AMY GOODMAN: … I want to ask Glen Ford of Black Agenda Report, as you talk about Obama, President Obama, being the more effective evil, are you saying it would be better to have Romney in the White House?

GLEN FORD: No, I’m not saying that. I’m saying that with Romney in the White House, even Dr. Dyson and others, many others, would join in the resistance to austerity, the resistance to war. Apparently, they cannot muster the energy to do that under a Democratic president, under the first black president. It’s their behavior that does in fact facilitate these austerity assaults and these war—this warmongering, because they don’t resist it, and they accept it as something that is a fait accompli, that is an inevitability. But what our obligation is, is to resist austerity. I do not accept that Obama has to make these so-called compromises. I don’t think their compromises; I think they’re part of his overall plan to have a grand accord with the Republicans. But if you accept that, then you’re saying that the Democrats could not on their own stop these assaults on Social Security. And that’s just not true. But they cannot be expected to stop these assaults on entitlement programs if there is a Democrat president in office who is putting his bully pulpit and his immense prestige within the party itself towards these compromises. That’s what Obama has done. That’s how he facilitates it. And, yes, if you do not—if you do not have an effective critique, make effective demands against this president, then he will go on his right-wing-drifting merry way.

Debate on Bemocracy Now! between Glen Ford and Michael Eric Dyson on Pres. Barack Obama and the 2012 DNC

Here’s some more food for thought–or an alternative preparation of the recipe Dr. Jill Stein of the Green Party proferred in the last post–pertaining to the question of whether a vote for Obama advances or obstructs a progressive/leftist agenda. The author and editor Glen Ford makes a consistently strong case throughout his debate with Georgetown sociologist Michael Eric Dyson against giving the president full-throated support and for telling the truth about his effectiveness in pushing further the agenda of the 1%. “We say that he is the more effective evil,” Ford says of Obama, “because he is able, being a Democrat, to accomplish more of that right-wing agenda than the Republicans ever could.” If you doubt this bald statement, I highly recommend watching the debate in full. Ford’s case against the president as progressive, in domestic and foreign affairs, on Social Security and “national security,” is devastating and difficult to refute.  (Certainly, as Conor Friedersdorff at the Atlantic astutely noted, Professor Dyson had difficulty refuting it.)

I know many Democrats will try to refute Ford’s argument as Amy Goodman, playing devil’s advocate surely, countered on Dyson’s behalf, asking whether a Romney win would really be “better” for the left. In 2000, I often heard Greens arguing that Bush in power would “heighten the contradictions” more than Gore. I was always annoyed by this argument, but I think Ford is making the same case here with vastly more elegance–or else my position has shifted left, or the whole country too far right for me.

What did that mean, “heighten the contradictions?” What “contradictions?” It’s a phrase borrowed from Old Left (in particular, Maoist) rhetoric, and it refers to the contradictory aims and values between classes in capitalism that Marxists argue lead inexorably to revolution. When the system is “working” well enough so that the workers (or the 99%, if you will) are well-fed and relatively satisfied with their lives, the contradictions between the classes are less obvious and the need for revolution less urgent. As conditions for the laboring classes becomes more difficult, the contradictions become more evident, and the willingness to go along with the master program begins to dissolve. Not a particularly shocking idea, is it? It seems rather self-evident to me.

The question in 2000 was, as it remains now, what real difference would result from the election of a Democrat as opposed to a Republican? The easy answer–a Democrat would execute Democratic policies, and a Republican would do the “opposite”–is too easy. The difference between Democratic and Republican policies, especially on foreign policy, are not always very clear. I like to think Al Gore would not have pushed the US into war in Iraq, but there’s no good reason to think he would have absolutely avoided it. He made clear in 2002 that he thought the war in Afghanistan, at least, was a good idea.  “We are perfectly capable of staying the course in our war against Osama Bin Laden and his terrorist network,” he told the Commonwealth Club in September of that year (his first major foreign policy address since Bush v. Gore), “while simultaneously taking those steps necessary to build an international coalition to join us in taking on Saddam Hussein in a timely fashion.”

But even on domestic policy, especially as it pertains to the redistribution of wealth, which was always supposedly the chief dividing point between the parties, is not always so clear. Ford puts it very well:

Well, what Obama has done is actually move the entire debate to the right. He claims that he’s the one standing between the Republicans and Social Security and Medicare and the entitlements, but it was Obama, two weeks before he even took the oath of office, who said that entitlements would all be on the table. This was at a period in which the Republicans were in disarray, couldn’t mount a challenge to anything. Obama followed through and created this model for austerity with his deficit reduction commission, which came up with the figure of $4 trillion in cuts, which he now includes among his solemn promises to the American people. Those cuts would savage, in fact, Medicare and Medicaid and Social Security.

We say that he is the more effective evil because he is able, being a Democrat, to accomplish more of that right-wing agenda than the Republicans ever could. Remember, George Bush tried to privatize Social Security. He got his worst domestic defeat of his term in so doing, and the Republicans were reeling from that even in 2009. It took Barack Obama to introduce the model for austerity. And it is a—and it certainly is a twist on history—I think it’s a lie—to claim that he is the bulwark of defense. Now, we need to tell the truth. That is our first obligation, not just get in the game as the rules of the game have been laid down by one—by either of those corporate political parties.

Again, it’s hard to refute Ford’s facts. Why has Obama, of all audacious Democrats, taken the shockingly disappointing actions he’s taken since his inauguration? I would argue that it isn’t a personal thing. Obama the human being may actually believe in the paradigm of values his wife so eloquently spoke of. But as a president, Obama does what he does precisely because  he is a Democrat. Which is to say, a milder form of Republican.